Skip to the content
May 16, 2022 by Quentin Defense Opinion

What in the hell is going on? Is not a question that crosses my lips when I see another weekend laden with multiple shooting atrocities.  Unfortunately mass shootings are not really all that rare in the United States, in fact a “mass shooting” happens almost everyday in this country, we just don’t typically hear of them from the mainstream media, unless it fits a particular narrative in which case they will beat that dead horse until an agenda is fulfilled.  You may hear of a mass shooting on your local nightly news mainly because that shooting occurred in your area, but these shootings don’t always make it to the national news cycle and therefore are not resonating in the minds of the majority of the population.  However, when a mass shooting occurs that just so happens to exhibit characteristics of a current narrative that has been all the rage with all the mainstream news outlets and coincidentally a particular political party, this will be the only atrocity receiving any lip service from your highly qualified and very trustworthy news personalities.  This past weekend (5/14/22-5/15/22) was no exception, we had multiple mass shootings take place throughout the country, but how many are actively receiving coverage from the MSM? Pretty much only one is receiving any attention, and why is that? Out of all the chaos, all the atrocity, all the senseless loss of life we get one narrative that the MSM rolls with: white supremacy.  Nevermind the endless gang violence that always results in multiple deaths on a near daily basis.  Gang violence isn’t a problem, but white supremacy is?

Out of the multiple mass shootings that took place over the weekend (Milwaukee, Buffalo, California Church, Chicago, and Texas Flea Market) only one was perpetrated by a confessed white supremacist, the Buffalo, NY shooting.  Of the other shooting incidents: Milwaukee, Chicago, and the Texas Flea Market, all are reported as likely gang violence.  While a “gang” can consist of practically any walk of life, in these cases we do not have to speculate on which types of gangs were committing said violence, but you will not see any coverage on that.  However, if any of these supposed gang members were white supremacists, you’d better believe you’d be hearing all about it, but since we are not hearing all about it then one can only assume that the other shootings were not racially motivated, at least not by racist white people.

The one remaining shooting event that we haven’t discussed is the California Church shooting.  This shooting took place at a church in Laguna Woods, California.  It is reported that the parishioners of this church were primarily of Taiwanese descent.  So was this another anti-Asian hate crime perpetrated by none-other-than a white supremacist? Nope! It was a 60 year old Asian man who carried out this disgusting event.  Ironically, it was a “good guy with a gun” that put an end to this event, thus saving the lives of any other potential victims.  Bet you didn’t hear that one on the news.

There is a lot to unpack from these events and it is far too early to act like anyone has any explicit answers for why any of this senseless violence has taken place.

Here are a few things we know for certain regarding the Buffalo, NY event: The perpetrator is an 18 or 19 year old confessed white supremacist, this person has also stated that they held heavy communist beliefs at the age of 12.  I don’t know about you but the only commies I knew of at age 12 were bad guys in pro wrestling, different times I guess.  This person drove over 2 hours to the spot where he would massacre innocent bystanders.  This person chose this specific area and location based on demographics and heavy gun laws, he thought it safe to assume that either no one would be armed, or would have highly regulated firearms and magazine capacities.  This person plotted this event over the course of months and openly posted about it in chat rooms on the internet.  This person live streamed the entire event on Twitch, a streaming service primarily used by video gamers. This person wrote a 106 page manifesto in which he used the same emblem that the Azoz Battalion of Ukraine, the unit filled with neo-Nazis that leftists constantly defend and “debunk” as “misinformation” (remember this when you hear leftists talk of “Russian neo-Nazis”).  It has been reported that this person was already on the FBI’s radar, much like the recent subway shooter in NY.  Seems like the FBI is more concerned with faking Russian collusion than actually fighting crime, but that’s none of my business.

Now I don’t know how much you know about the 2020 plot to kidnap the Governor of Michigan, Gretchen Whitmer, but as it turns out there were a substantial number of active FBI agents and/ or informants that played a significant role in the planning and preparation of this event.  Now this plan was never carried out as it was “foiled” before it could be initiated, but as it turns out the entire event was almost entirely conceived of and planned by undercover FBI agents and informants looking to coerce “militia members” into committing this kidnapping (define: entrapment) so they could arrest them.  It is stated that the agents and informants were so integral to this plot that one of them had risen all the way to second in command of the plot.  It has also come out that one of the agents at the center of the case has since been arrested and charged with domestic violence for apparently smashing his wife’s head against a nightstand after an argument stemming from a swinger’s party they had attended. Lastly, information on the extent of the FBI’s involvement has raised questions as to whether there would have even been a conspiracy to take down the Democratic governor without their help.  While this may seem to have nothing to do with the topic of the post it does illustrate that the FBI does actively involve itself with the conception and execution of high crimes, yet doesn’t seem to make an active effort to thwart said crimes.  Why?

This isn’t me trying to bash the FBI, I would like to believe that there are good people in that organization actively working hard to ensure the safety of Americans everywhere.

Some things we can expect to see in the coming days and weeks in the wake of this past weekend: Certainly the MSM, current administration, and members of congress will politicize the Buffalo, NY shooting in an effort to further gun control laws in America.  We will hear more and more about how white supremacists are the number one domestic terrorism threat here in America.  We will not hear anything regarding gang violence, black on black crime, Antifa, or any other events that don’t suit the “narrative”.  All of this is coincidentally perfect timing as midterm elections are right around the corner, certainly the MSM will run constant coverage of abortion rights and gun violence in an effort to sway opinions more towards the left.  This is the modus operandi for these people at this point and the rest of us should be on to it by now.  Imagine using the senseless loss of human lives to propel an agenda, imagine being complicit in the coordination of such loss, or at the very least not intervening in said loss, all in an effort to propel an agenda.

Something to note regarding all of these shootings over the weekend; of the 5 states listed above 3 of them have some of the strictest gun laws in the country.  If these types of gun crimes are committed in places with already very strict gun laws then what will more gun laws accomplish?  Obviously the people committing these crimes have little regard for any laws, let alone gun laws, and any new gun laws will only serve to disarm a law abiding populace.  Agenda much?

There are a lot of aspects to this entire conversation that I did not cover, but like I said it is far too early to act like anyone has any definitive explanations for what has transpired, we probably never will.

Here are some other things to consider that are more or less unrelated to the shooting events discussed in this post:

*This entire post is merely the opinion of the author and in no way is meant to represent our organization. 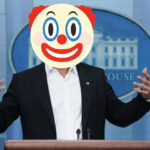